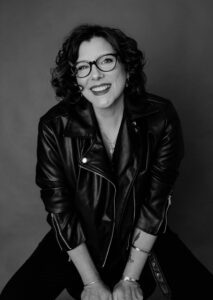 New York Times and USA Today bestselling novelist Deanna Raybourn is a 6th-generation Texan. She graduated with a double major in English and history from the University of Texas at San Antonio. Married to her college sweetheart and the mother of one, Raybourn makes her home in Virginia. Her novels have been nominated for numerous awards including the Edgar, two RT Reviewers’ Choice awards, the Agatha, two Dilys Winns, and a Last Laugh. She launched a new Victorian mystery series with the 2015 release of A CURIOUS BEGINNING, featuring intrepid butterfly-hunter and amateur sleuth, Veronica Speedwell. Books in the Veronica series are contracted through 2024. Deanna’s first contemporary novel featuring four female assassins who must band together to take out their nemesis as they prepare for retirement, KILLERS OF A CERTAIN AGE, is a September 2022 release.