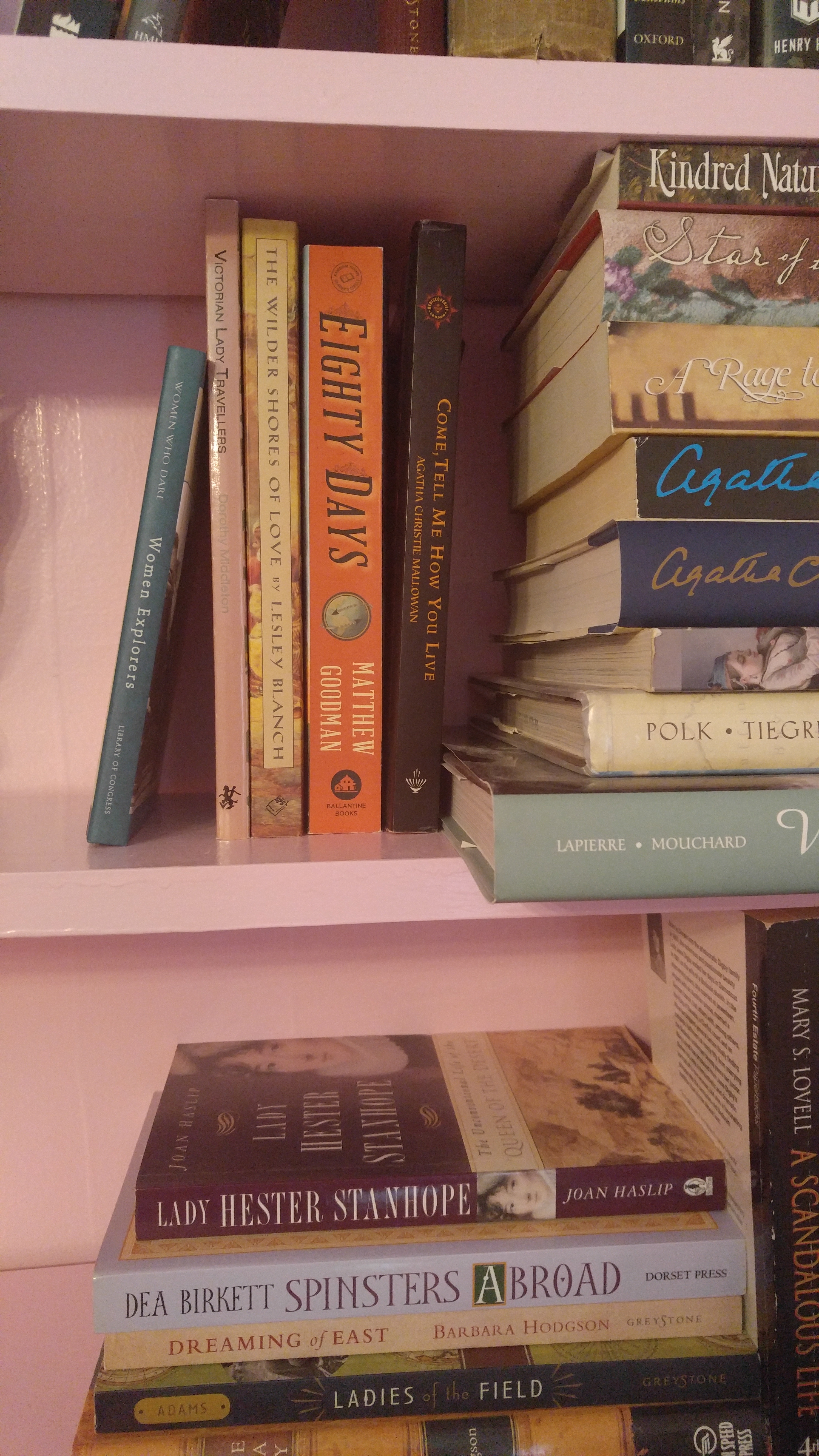 Readers the world over know Christie as the queen of mystery, but she also wrote a few memoirs that are well worth reading. In her private life, she took as her second husband Max Mallowan, a field archaeologist specializing in the Middle East. She traveled with him and took a lively interest in his work, and this book is a wonderful peek into their time together. It details the hardships and pleasures of excavation work, beginning with the indignities of shopping for a travel wardrobe when you are a woman whose figure is growing a little stout.

Matthew Goodman’s EIGHTY DAYS chronicles the race between Nelly Bly and Elizabeth Bisland to circumnavigate the globe in less than two months in 1889. (Most people know about Bly but don’t realize she was actually hurtling around the world with a competitor in hot pursuit.) Detailed and lively, this is a quick, engaging read and an excellent introduction to late-Victorian travel.

THE WILDER SHORES OF LOVE by Lesley Blanch is a 1954 collected biography of Jane Digby, Isabel Burton, Isabelle Eberhardt, and Aimee Dubucq de Rivery. The prose is pretty purple and it’s so narrowly sourced that I’ve seen it referred to as a “speculative novel”. But if you’re looking for a happy medium between a wiki article and a full biography on any of these women, this might hit the spot. (Digby was an English aristocrat who scandalized the world by taking a series of lovers and husbands, ending with a sheikh whom she settled with in Damascus. Burton was the wife of Sir Richard Burton–and the recipient of that famous message, “Pay, pack, and follow.” Eberhardt, Swiss by birth, settled in North Africa where she lived as a man until her early death, and Dubucq de Rivery, a cousin of Empress Josephine, was abducted by pirates and became a member of the Turkish sultan’s harem. At least, that’s ONE version of her story. There is much debate about whether this actually happened, so if you choose to investigate her, you will have to sift fact from fiction.

VICTORIAN LADY TRAVELLERS by Dorothy Middleton is a quick, sprightly introduction to seven of the most prominent intrepid women of the 19th century. A good place to begin if you want a brisk overview rather than something in-depth.

WOMEN EXPLORERS from the WOMEN WHO DARE series is WEE. You could easily slip it into a pocket, and as it’s heavy on photographs, there isn’t much text to delve into. Good as an accompaniment to more involved books–think of it as a condiment rather than a dish.