Today’s guest is Olivia, and she’s saying very nice things about me which I did not pay her to do. At all. And don’t look now, but I think her hyperlink at the end might work which means that I could have possibly done something correctly. It’s a holiday miracle!

My Enduring Love for Elizabeth Peters & Her Shameless, Flawed Heroines

When Deanna told me I could crash her online party today, I basically imploded with glee. Here’s why:

1. I adore her writing, both in book and tweet form. In fact—and she doesn’t know this, because I try to hide my rampant fangirling whenever possible—I featured her books in pretty much every display I created as a librarian.

Wait. Not that one, I guess. But if I could have figured out a connection, I’d have slapped Deanna’s books up there too.

2. Because I write contemporary romantic comedies, I don’t usually get to discuss my favorite mystery authors. Not even those authors who, like Deanna and Elizabeth Peters, drizzle some romance onto their stories.

3. This post gave me a legitimate, professional excuse to reread Peters’ Crocodile on the Sandbank and Summer of the Dragon for approximately the millionth time each. And by complete coincidence, our daughter needed a chaperone for a classmate’s birthday party the day I reread them.

My husband: “I thought you were working on a blog post? Because if not, maybe you’d like to take our daughter to the birthday par—”

Me: “Totally working on a blog post! Researching so hard.”

My husband [side-eyeing me as I clambered happily onto my reading chaise]: “Hmph.”

So thank you, Deanna. I appreciate any excuse to avoid enclosed spaces filled with screaming six-year-olds! ::clears throat:: I mean, I appreciate the opportunity to talk about one of my all-time favorite authors and two of my desert island books!

Let me be blunt. If you’ve never read Elizabeth Peters, may I suggest you rectify that lamentable situation immediately?

A little background about her first: Barbara Mertz, after earning a Ph.D. in Egyptology and publishing two nonfiction books about Egypt under her own name, began writing as Barbara Michaels (for novels of suspense, often with a supernatural element) and Elizabeth Peters (for mystery-suspense novels).

Her most famous creation under the Peters pen name: the Amelia Peabody mysteries, starring the titular heroine—a cocksure Victorian archaeologist who runs roughshod over nineteenth-century England and Egypt. She does so alongside her fractious but devoted husband Emerson, their terrifyingly precocious son Ramses, and various other friends and family.

Amelia Peabody is often right—maybe even usually right—but never, ever in doubt. She charges through dangerous situations armed with her intelligence, her trusty parasol, and her unshakeable self-confidence. And from the first page of her inaugural adventure, Crocodile on the Sandbank, I knew she was my kind of heroine.

Amelia on her soon-to-be companion, Evelyn: “[T]he poor girl had no purpose and no means of carrying it out if she had. Our meeting was fortuitous, but fortunate. I had, as I have always had, purpose enough for two.”

As soon as I read Crocodile on the Sandbank, I went tearing through Peters’ other books, dazzled by her (sometimes dry, sometimes farcical) humor, her sense of the ridiculous, and her ability to weave convincing romances through her stories.

I freely admit it: I’m a romance reader and writer at heart. I didn’t—and don’t—read her books for the mysteries. I want humor and love, and Peters serves up generous helpings of both.

My other favorite of her books: Summer of the Dragon, a stand-alone contemporary (at least in 1979) mystery featuring D.J. Abbott, an anthropology grad student with a big mouth, a voracious appetite, and the sort of insatiable curiosity that inevitably leads her into treacherous waters.

Like Amelia, D.J. makes no apologies for herself. In fact, she enjoys flouting expectations—about what she should study, how much she should eat, and what she should or shouldn’t say. By the end of the book, she solves her mystery and gets her man. And she does it all hilariously.

About her father, for example, she says: “Dad thinks every nice girl, and every nice boy, and all the boys and girls who aren’t nice, should be archaeologists. … He feels that there are too many people in the world anyway, so if they would just stop perpetuating themselves, then they could all live in the houses that have already been built, and grow just enough food to give themselves the strength to perform mankind’s most vital endeavor: digging things up.”

I discovered Peters’ books early in my teens, and I’m not exaggerating when I say they transformed my life. From my earliest years, my mother noted my inherent bossiness. And by the time I was a teenager, the travails of being a plump, nerdy girl with occasional dictatorial tendencies had convinced me that I was…well…

Defective, to be honest. Not especially likeable. Maybe not even lovable, given my flaws.

Amelia Peabody and D.J. Abbott offered me an alternative vision of myself and my future. Amelia and D.J. were women with big personalities and definite flaws, true. But they could still inspire and deserve love. They could still serve as the protagonists and heroines of their own stories. And they could still embrace their true selves wholeheartedly and unashamedly.

I clung to those characters, to those books, as reassurance that I too would have my own adventures. I too would find love and friends and family.

I drew strength from Peters’ stories for years. I still do. Which is why she’s held a place of honor on my bookshelves for decades now.

Twenty-five or so years after first discovering Amelia Peabody, I’m writing my own books. Unlike Deanna’s or Elizabeth Peters’, mine are full-on romances without any mystery or suspense elements. My heroines are generally not as shameless as Amelia Peabody or D.J., either. Largely because I am a walking, tweeting, oft-napping ball of neuroses, so shame is kind of my stock in trade.

Like Amelia and D.J., though, all my female protagonists possess flaws. Real imperfections, which beget both hilarity and tumult in my heroines’ lives.

The example closest to my heart: Angie from My Reckless Valentine, the second book in my Lovestruck Librarians series. When we enter Angie’s story, her supervisor Tina is on the verge of firing her. Reluctantly so, because Tina realizes how hard Angie works as the manager of a small, rural library branch in Maryland. But the library can’t have an employee creating an erotica display labeled “Spanking-New Books”…especially when the poster for that display includes a flesh-colored book with a bright pink handprint on it.

Angie, a smart woman who loves her job, resists all attempts at guidance from others, no matter how well-intended or helpful. And one of my primary challenges in writing the book was making her instinctive defiance and self-destructive decisions understandable. Not only understandable, actually. Endearing and a little bit heartbreaking.

It doesn’t help that her new boss, who’s tasked with keeping her in line, happens to be the guy she slept with the night before. Or that she’s hiding a risqué Valentine’s Day contest from him and everyone else.

Angie, as you can tell, is not a perfect heroine. But she’s so much damn fun to write, I can’t even tell you. Moreover, she’s a good person. She deserves fulfilling work. She deserves love. She deserves her happy ending. I enjoyed the hell out of giving her all three—after I made her suffer a little.

I hope Angie offers readers the same sort of comfort D.J. and Amelia brought me. And even if she doesn’t, I hope readers think she’s as hilarious as I do.

Which brings me to my point, after all these words: Thank you, Elizabeth Peters. Without Amelia and D.J., Angie and my other heroines wouldn’t kick nearly as much ass. And more importantly, I wouldn’t either.

My Reckless Valentine, which I mention in the post, comes out on January 19! It’s available for preorder at every major retailer. To see all the buy links in one place, readers can go to my website: http://oliviadade.com/books/. 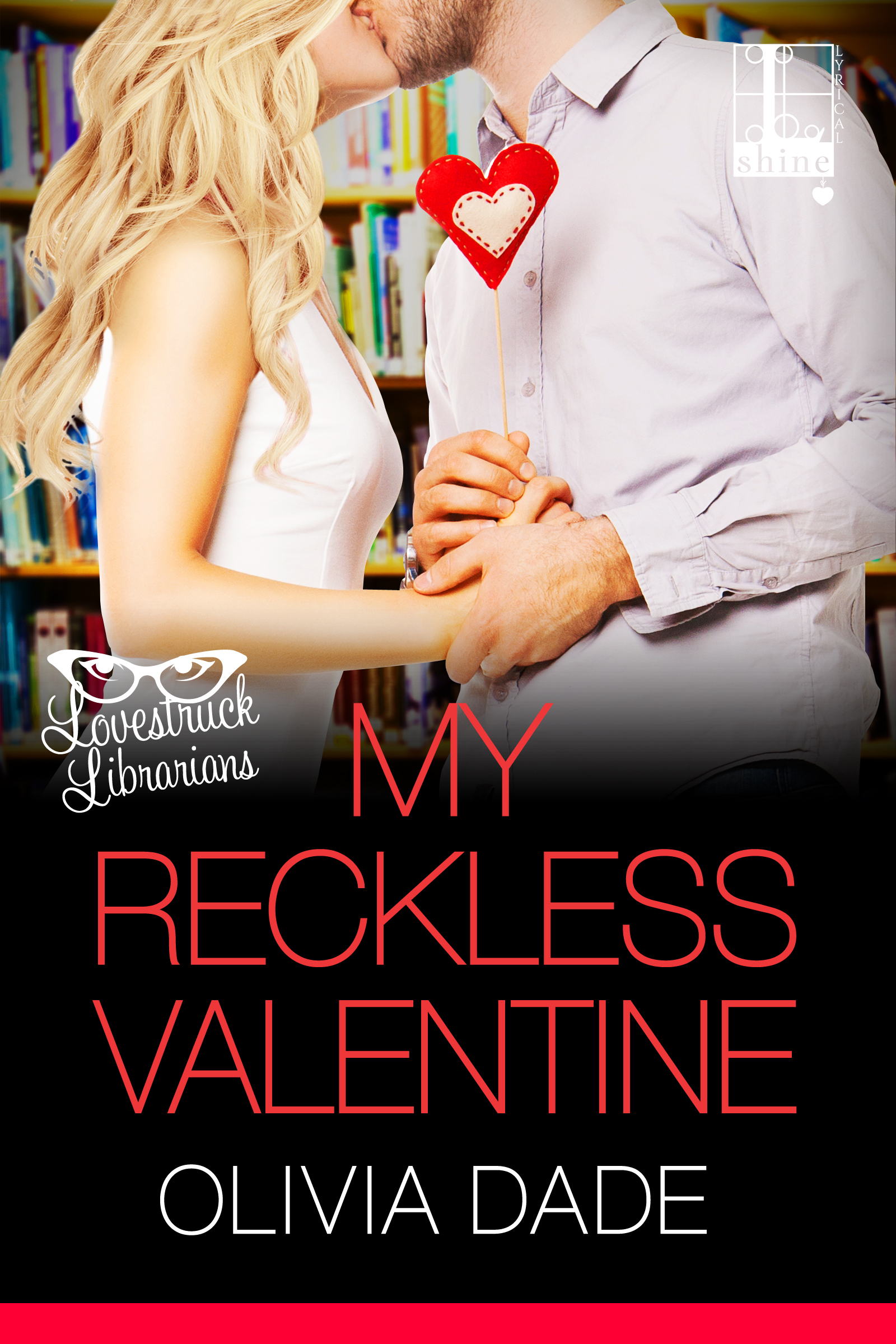 My e-mail address: olivia [at] oliviadade.com 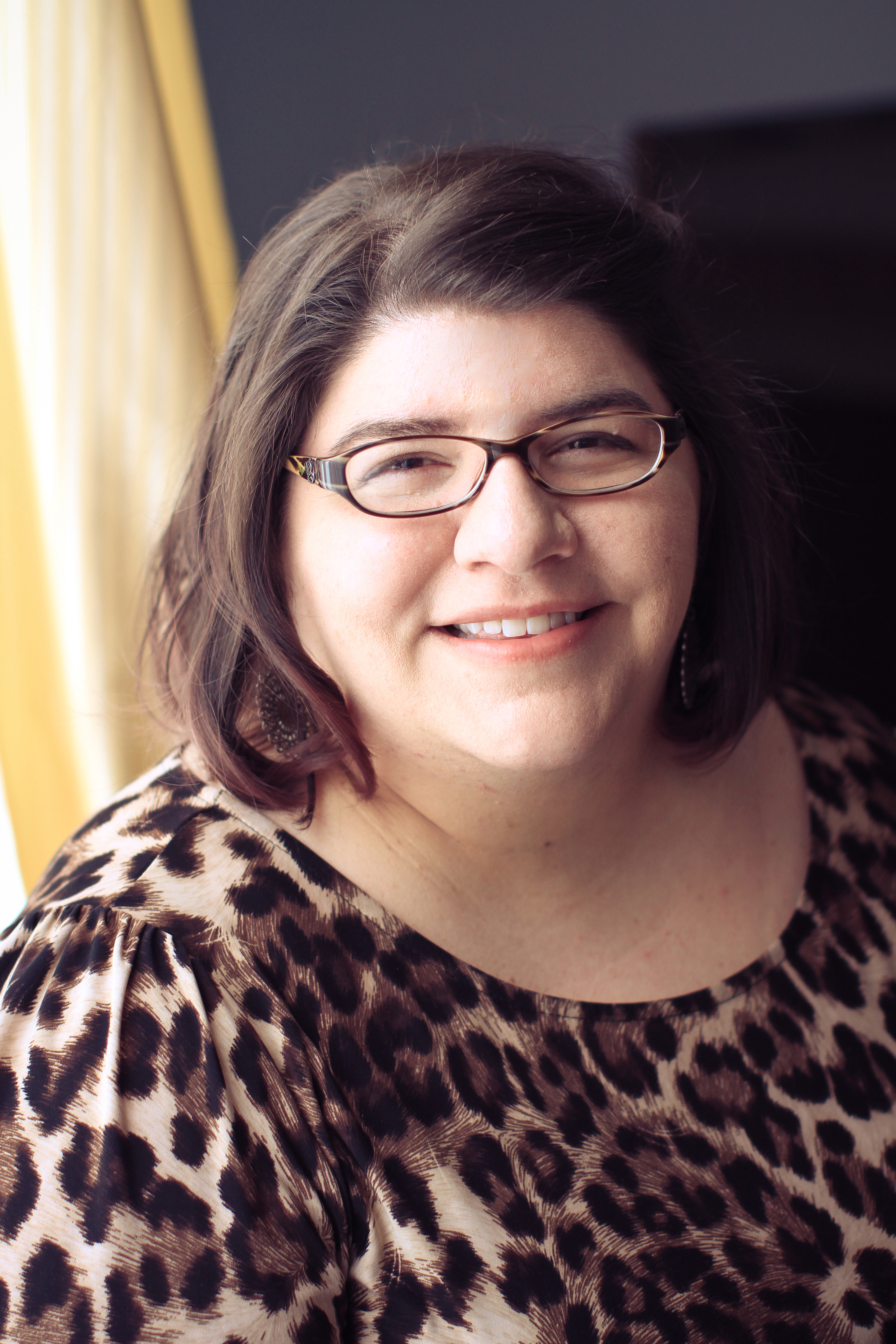 While I was growing up, my mother kept a stack of books hidden in her closet. She told me I couldn’t read them. So, naturally, whenever she left me alone for any length of time, I took them out and flipped through them. Those books raised quite a few questions in my prepubescent brain. Namely: 1) Why were there so many pirates? 2) Where did all the throbbing come from? 3) What was a “manhood”? 4) And why did the hero and heroine seem overcome by images of waves and fireworks every few pages, especially after an episode of mysterious throbbing in the hero’s manhood?

Thirty or so years later, I have a few answers. 1) Because my mom apparently fancied pirates at that time. Now she hoards romances involving cowboys and babies. If a book cover features a shirtless man in a Stetson cradling an infant, her ovaries basically explode and her credit card emerges. I have a similar reaction to romances involving spinsters, governesses, and librarians. 2) His manhood. Also, her womanhood. 3) It’s his “hard length,” sometimes compared in terms of rigidity to iron. I prefer to use other names for it in my own writing. However, I am not picky when it comes to descriptions of iron-hard lengths. At least in romances. 4) Because explaining how an orgasm feels can prove difficult. Or maybe the couples all had sex on New Year’s Eve at Cancun.

During those thirty years, I accomplished a few things. I graduated from Wake Forest University and earned my M.A. in American History from the University of Wisconsin-Madison. I worked at a variety of jobs that required me to bury my bawdiness and potty mouth under a demure exterior: costumed interpreter at Colonial Williamsburg, high school teacher, and librarian. But I always, always read romances. Funny, filthy, sweet—it didn’t matter. I loved them all.

Now I’m writing my own romances with the encouragement of my husband and daughter. I found a kick-ass agent: Jessica Alvarez from Bookends, LLC. I have my own stack of books in my closet that I’d rather my daughter not read, at least not for a few years. I can swear whenever I want, except around said daughter. And I get to spend all day writing about love and iron-hard lengths.

So thank you, Mom, for perving so hard on pirates during my childhood. I owe you.