Roll out the red carpet–we have a guest!

The Rules of Marriage
In the Regency, it may have been “a truth universally acknowledged, that a single man in possession of a good fortune, must be in want of a wife.” And Jane Austen brilliantly demonstrates the challenges of life for a woman who did not marry, particularly a woman without fortune. But it was also true in becoming a wife a single woman surrendered many of her rights to her husband.  Her husband was legally entitled to strike her. He controlled her fortune, unless her family was careful about the marriage settlement. Divorce was expensive and difficult to come by. Legal separation was somewhat easier to achieve but still challenging. In either case, a woman would almost certainly lose custody of her children to her husband. Mary Wollstonecraft compared marriage to slavery. Her daughter, Mary Godwin, would face both the stigma of living with a man without the bonds of marriage, and later, after she became Percy Shelley’s wife, the challenges of being married to a man who, though possessed of enlightened ideas about the relations between men and women, did not always put those ideals into practice. Percy was proud of his wife’s career, but not necessarily to the extent of letting it impinge on his own work. He apparently thought nothing of writing to Mary and telling her to pack up their household and travel across uncomfortable terrain with two young children at a moment’s notice so his friend Byron wouldn’t be scandalized by Percy staying alone with Mary’s stepsister (who was also Byron’s former mistress).
In my new release Gilded Deceit, my fictional characters Malcolm and Mélanie Suzanne Rannoch encounter the Shelleys in Italy shortly after the above incident and its tragic aftermath which lead to the death of Percy and Mary’s baby daughter (she had been ill and worsened on the journey). The Rannochs also meet the fictional Contessa Vincenzo, living in exile herself with her married lover because divorce is not an option for either of them. And Diana Smythe, trapped in a hellish marriage with little recourse, despite coming from a powerful family. Mélanie Rannoch and her friend Cordelia Davenport, both happily married, reflect on the challenges of the institution.
“My God,” Cordelia said. “As a girl, I thought marriage was my path to freedom. But it can be the most appalling trap. It is a trap, unless one has a husband who’s decent enough not to snap it closed.”
“I knew Malcolm was a decent person when I married him,” Mélanie said. “But I also didn’t expect the marriage to last. So I didn’t think I was trapping myself.” A few months ago she couldn’t have said that to Cordelia. A relief to be able to frame the words.
Cordelia met her gaze and nodded. “I knew I was tying myself to Harry. Dangerous, in a way. A man who loved me so much. But I knew without even thinking about it that he’d never—” She shook her head.
Mélanie looked ahead at their husbands, walking on either side of Laura. “There’s so much trust involved. Far more than I ever appreciated.”
Cordelia tugged the ribbons on her hat tighter. “The thought of any of our girls ever being so at the mercy—”
“I know.” Mélanie’s fingers clenched on the strap of her reticule. “We have to hope we’re raising them to choose well.”
With a pair of married spies who worked for different sides as the central characters, the Rannoch mysteries have always thematically focused on marriage a great deal. But until Gilded Deceit, my characters hadn’t come up against how truly appalling circumstances could be for a woman whose husband, as Cordelia says, snaps the trap closed. As I developed Diana’s story and the contessa’s, it seemed particularly appropriate that the book also featured Mary Wollstonecraft’s daughter, at a time when she is dealing with subtler challenges in her own marriage. 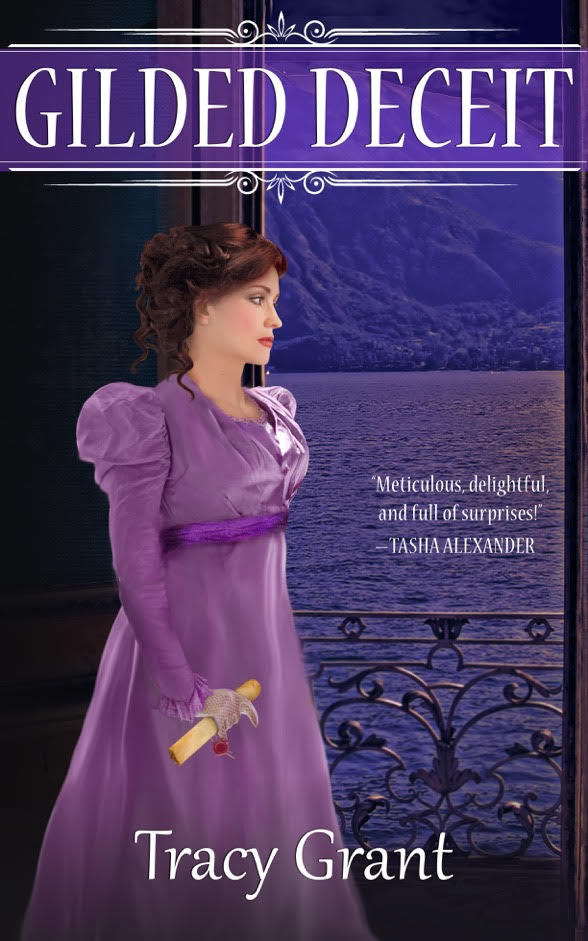 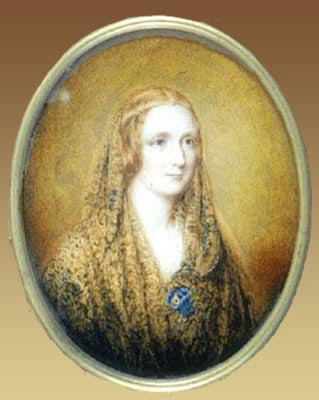 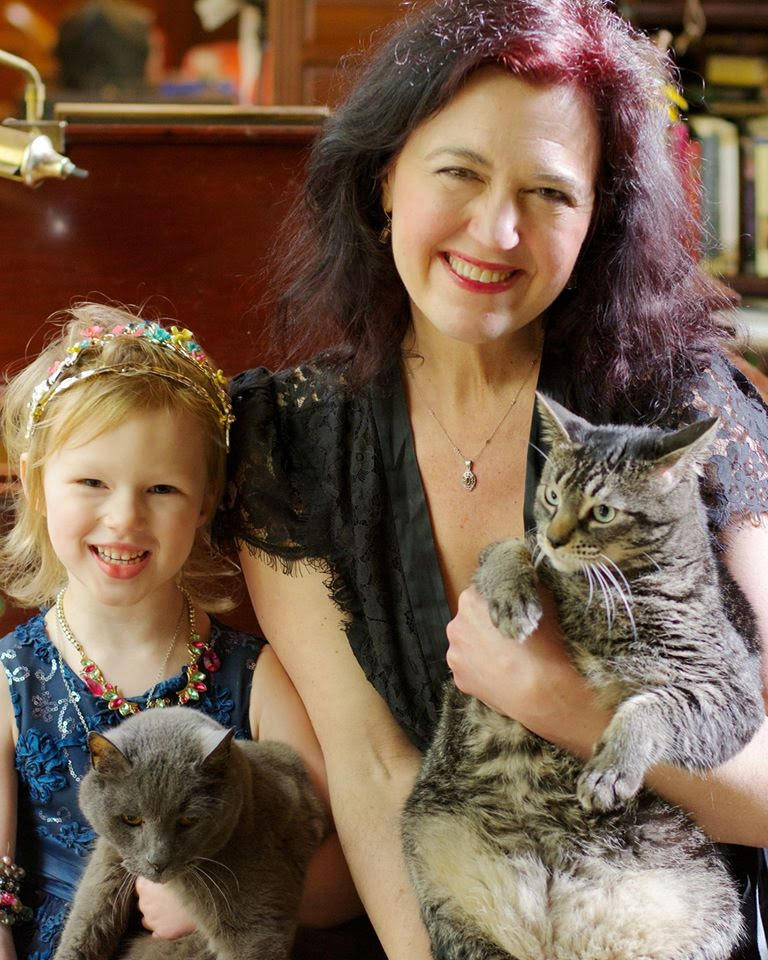 Thanks for joining us, Tracy! Readers can find out everything Tracy-related at her website.