A bride mysteriously disappears on her wedding day in the newest Veronica Speedwell adventure by the New York Times bestselling author of the Lady Julia Grey series.

Lured by the promise of a rare and elusive butterfly, the intrepid Veronica Speedwell is persuaded by Lord Templeton-Vane, the brother of her colleague Stoker, to pose as his fiancée at a house party on a Cornish isle owned by his oldest friend, Malcolm Romilly.

But Veronica soon learns that one question hangs over the party: What happened to Rosamund? Three years ago, Malcolm Romilly’s bride vanished on their wedding day, and no trace of her has ever been found. Now those who were closest to her have gathered, each a possible suspect in her disappearance.

From the poison garden kept by Malcolm’s sister to the high towers of the family castle, the island’s atmosphere is full of shadows, and danger lurks around every corner.

Determined to discover Rosamund’s fate, Veronica and Stoker match wits with a murderer who has already struck once and will not hesitate to kill again….

Also, to celebrate this paperback release, my publisher is giving away a full set of Veronica books including an ARC of A MURDEROUS RELATION over on my Instagram! Check it out and enter by Feb 14 to win. Good luck! 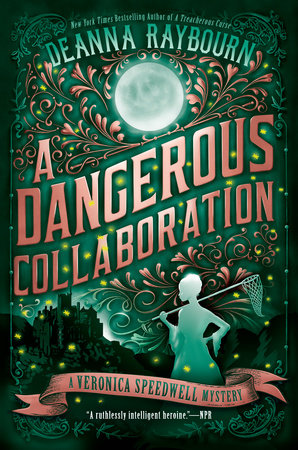