In which we have guests, part 16 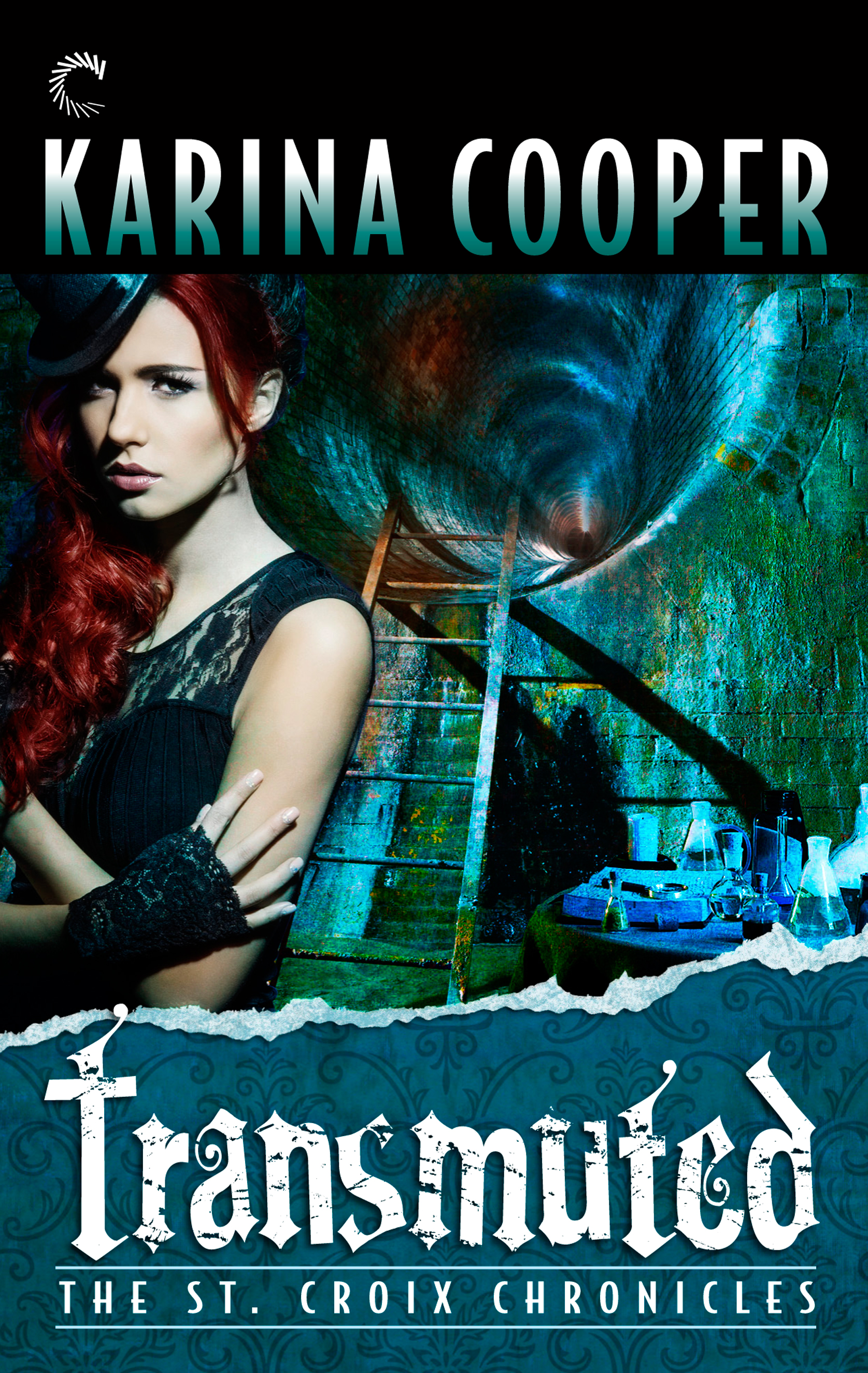 The year was 2011. High on the success of landing my first book contract ever, I wrote my agent a breathless email wherein I outlined the ideas for an opium-addicted London Society miss and the misadventure of a lifetime, and hit send.

So began the many tales of Cherry St. Croix, Society miss by day and collector of bounties by night—a string of adventures, mysteries, heartache and victories that would carry through to January of 2015. Four years strong.

When the deliciously delightful Deanna (alliteratively awesome!) put out an all-hands call for guest posts on her blog, I thought, “What should I write about?” And then, as I studied my calendar for the next year, I realized that this was it. January marked the seventh and final publication in my award-winning St. Croix Chronicles. The end of an era. Well, almost literally, as the series opens in 1888. Queen Victoria chugs on for another decade or so, but for Cherry St. Croix, her London adventures end on a spring day in 1889.

Transmuted was, for the most part, just like any other book. I pulled some threads out of previous books, figured out which ones I had to close and which would stay un-mended, who would live through the night and who would meet a bitter end, and how it would all tie up by the final pages. The difference here was that there would be no to be continued.

On January 26th, 2015, we reach the end of the line for Cherry and her ragtag band of companions.

The feels are, to say the least, bittersweet.

If you’re at all like me—primarily an introvert—you prefer the company of the familiar over that of the unsafe and unexpected. The road less traveled is all well and good, but you know what waits on the road you always take–the warm cup of coffee at the end of it, the comfortable bed, the companionship of old friends.

In a lot of way, the St. Croix Chronicles was and remains the road always traveled. It’s familiar. The burning excitement for new and adventurous turned into the warm, comforting embers of home. Cherry is as familiar and dear to me as my own best friend, and her associates are all my crowd. Hawke with his implacable regard and unyielding need to protect, Ashmore and his long-suffering patience. Zylphia’s ferocity, Ishmael’s unswerving loyalty, Maddie Ruth’s chipper drive, and the family that Cherry has allowed herself to love, regardless of blood or circumstance. Each is as beloved to me as the flesh and blood of my own inner circle.

But I am, in the end, a writer—and like all writers, I am often possessed of a vicious need to create. There is no cure.

All Things Must End

Even the staunchest introvert—if a writer—can’t resist the lure of new adventures. For all the comforts of home, as Bilbo Baggins learned, there is something to be said about leaving the Shire. Things, people—you—change, and change is what this world is all about. I am not the same person I was when I started this post, and I will be different when I end it.

Just as I was when I began the St. Croix Chronicles. And when I ended it.

I am sad. With the final The End, Transmuted doesn’t just close a chapter of Cherry’s complicated life. It closes the book. There will be no more adventures on the page—no more explanations for the often crazy events that afflicted the reluctant Society miss and her band of conspirators. Wrapping up the threads I did brought a bittersweet satisfaction, and a thorough understanding that I will be hounded for the threads I left alone.

But no matter how tempting it is to continue writing in a series, to stay in familiar ground, to tell stories there over and over, I am of the belief that all stories must end. To do otherwise, to stay with Cherry through the next year, two years, ten, wouldn’t be hard. There’s no end to the historical tidbits I could weave into her life. No end to the terrible and magical and wonderful things I could lay at her feet.

But if I did that, if I continued into the next arc, I am left feeling that I would do this arc—this particular journey from opium-addicted Society miss to (barely) sober independent woman—a terrible disservice.

Cherry St. Croix deserves the time to live on in everyone’s imagination. And I hope the stories you create for her are many and last forever.

On a less philosophical, slightly navel-gazing track, this does clear up my schedule to work on new adventures—to take that road less traveled. And boy, have I launched that one. Despite having my roots firmly in the paranormal, I did begin a new series that is solidly, delightedly different.

Although I’m using a different name for them—just to make sure I don’t confuse anyone—and although they are a totally different genre, I’ve been having a lot of fun with my contemporary and New Adult romances. (Seriously, so much fun. Even Victoria Dahl called them sizzling!)

I’ve got essays to write—yes, essays, what—and new projects that wander into science fiction, into fantasy, into brain candy, and more. I may have a slow release year, but it’s not for lack of work. The fact that the St. Croix Chronicles ended is a little scary—because contracts, because job security—but it’s not the end of the road for me.

The feels are complicated. The nostalgia will probably last forever. I’ll wake up at three in the morning thinking, “I could write a short story to explain that!” Or I’ll forever wish I’d done something else, something different, something to close that thread after all.

But such is the life of a writer. We’re forever walking parallel roads, doing one thing while dreaming of another. Showing up in different worlds. Making our mark before gallivanting off to another dreamland adventure.

We stay for a while because it’s comfortable, and when we get hungry again, we move to the next.

I hope, delicious friends, that you’ll come along. And don’t be too sad.

Like Cherry, our adventures are really only just beginning.

Stay for a While

Karina Cooper is an unabashed, manic, prolifically nerd-tastic writer. She tweets a lot. You can see how much at @karinacooper. She likes Star Wars. Yes, still. Don’t judge her. She consumes souls between cups of coffee.

Also? She wants you to know that you’re awesome.