In which the adventure continues

10 Great Authors, 10 Unforgettable Adventures.With every “Today’s Adventure” post between August 1 and August 13, you can register to win the featured book and the grand prize of all 10 books. We’ll announce winners on August 14. You may enter today’s giveaway and the grand prize at T.J.’s blog, http://teribrownbooks.com/tjblog/. You’ll find links to all the authors below–follow any of them to keep up with the latest adventures. 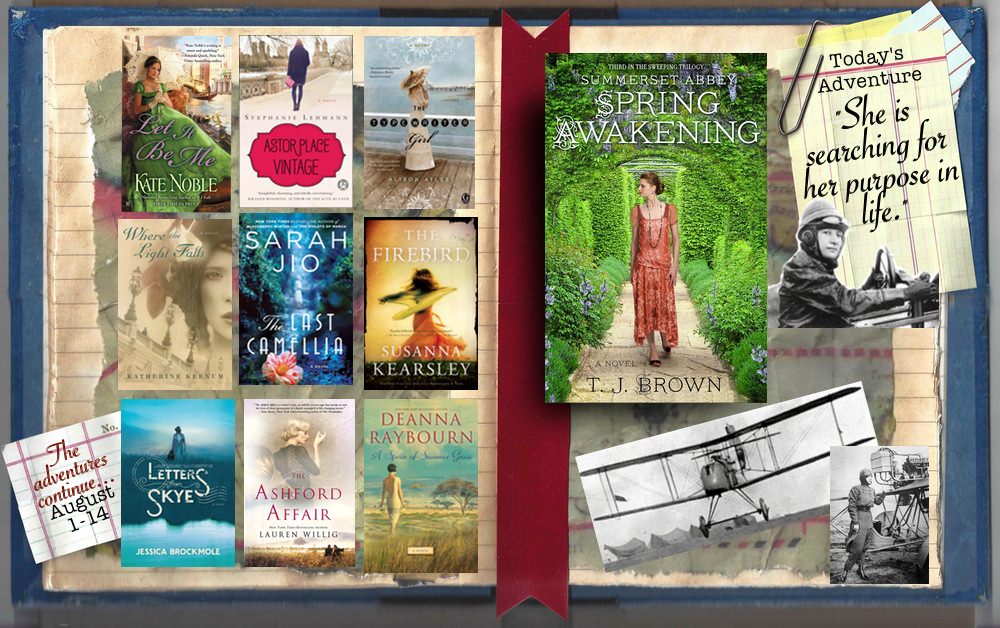 And now, T.J. on WWI Women and Their Flying Machines:

Come Josephine in my flying machine

In the air she goes! There she goes!

Up, up, a little bit higher

Oh! My! The moon is on fire

Come Josephine in my flying machine

Going up, all on, Goodbye!

Aeroplanes play a big part in the Summerset Abbey trilogy and the eldest sister, Rowena, becomes a volunteer pilot in World War One. Did I stretch the truth too far or did I not go far enough?  Through my research I found that while the numbers were small, there were women who flew actual combat and reconnaissance missions during the war and many more who worked in aeroplane production. The following women were pilots during the war when aircraft technology was in its earliest stages:

·         Russia had several such daring aviatrixes: Princess Eugenie M. Shakovskaya, Helen P. Samsonova, Princess Sophie A. Dolgorukaya and Nadeshda Degtereva all flew during the war, though in different capacities.

It’s important to remember just what a fledging science aircraft actually was. For the first two years of WWI, the average life expectancy for pilots was 10-15 days to three weeks due to the rushed training and the rapid increase of the quality of German planes.

In Summerset Abbey: Spring Awakening, Rowena volunteers to transport newly built aeroplanes, as well as flying key officials,  to various military bases. When the series begins, Rowena is diffident and a bit lost. She is searching for her purpose in life. When she takes to the air for the first time as a passenger, she knows immediately that she has found it. Flying becomes her passion and she does most of her growing as a character while in the air. Volunteering for the war effort gives her adventurous spirit an outlet and changes her outlook on life.

Don’t forget to enter at T.J.’s blog, http://teribrownbooks.com/tjblog/. Keep up with the latest adventures and chances to win through any of the authors:

Katherine Keenum, Where the Light Falls