Goodness me, it’s almost the very end of June, and I can’t imagine how that happened. There has been a LOT going on at Casa Raybourn, y’all. In May, our daughter graduated from college and that kicked off about six weeks of coincidental chaos–coincidental because it had nothing to do with her graduation but the timing was demanding. We have traveled (Howdy, Austin!), been inundated with contractors (Still here! I can hear the excavator in the driveway as I write), and gotten a book deal. Yes, it’s official–two more Veronica books are on the way! That’s yummy Veronica goodness baked up fresh for you at least through 2020. Oh, and the entertainment option for the Lady Julia TV series was also renewed, so that means the project is still in development. LOTS of good things happening!

And lots of good things happening to other as well, my dears, because TOMORROW is the release of MURDER ON BLACK SWAN LANE by Andrea Penrose! I was lucky enough to read an ARC of this one, and all I can say is GO. Go now and pre-order it for delivery tomorrow or make a note in your calendar to pick it up because you will THANK ME. And then go write to Andrea and tell her how much you want her to write faster because she’s probably tired of hearing it from me…

Here’s a taste of the treat you have in store:

In Regency London, an unconventional scientist and a fearless female artist form an unlikely alliance to expose unspeakable evil . . .

The Earl of Wrexford possesses a brilliant scientific mind, but boredom and pride lead him to reckless behavior. He does not suffer fools gladly. So when pompous, pious Reverend Josiah Holworthy publicly condemns him for debauchery, Wrexford unsheathes his rapier-sharp wit and strikes back. As their war of words escalates, London’s most popular satirical cartoonist, A.J. Quill, skewers them both. But then the clergyman is found slain in a church—his face burned by chemicals, his throat slashed ear to ear—and Wrexford finds himself the chief suspect.

An artist in her own right, Charlotte Sloane has secretly slipped into the persona of her late husband, using his nom de plume A.J. Quill. When Wrexford discovers her true identity, she fears it will be her undoing. But he has a proposal—use her sources to unveil the clergyman’s clandestine involvement in questionable scientific practices, and unmask the real murderer. Soon Lord Wrexford and the mysterious Mrs. Sloane plunge into a dangerous shadow world hidden among London’s intellectual enclaves to trap a cunning adversary—before they fall victim to the next experiment in villainy . . .

“Fans of C.S. Harris take note! In this new, Regency-set mystery series, the artist Charlotte Sloane and the scientist Earl of Wrexford are the perfect mismatched pair of sleuths. A riveting ride through Regency London, from the slums of St. Giles, to the mansions of Mayfair.” —Lauren Willig, New York Times bestselling author

“A wonderfully engaging Regency mystery, with a most determined heroine and an engaging pair of street urchins at her side. Historical chemistry meets alchemy, and only a nonchalant nobleman can help solve the murder. A delight of a book.” —Joanna Bourne, award-winning author 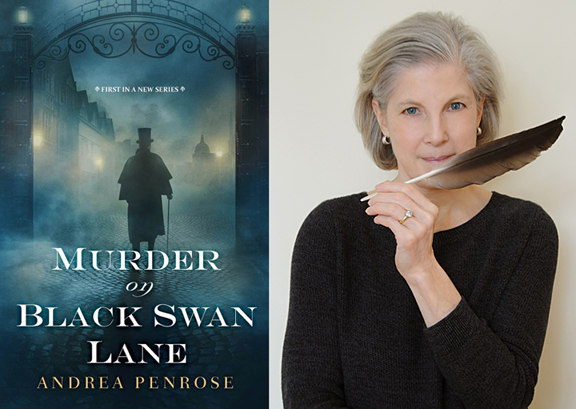